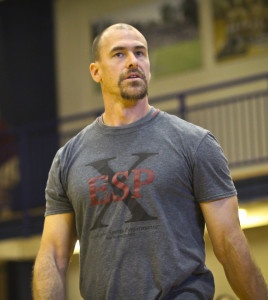 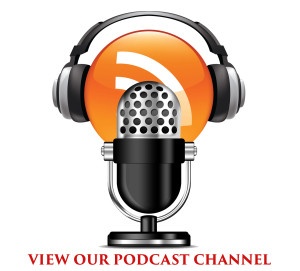 I believe in making the most of every second of your life because you will never get it back. Life is too short not to enjoy what you do.

I grew up in a lower middle class household with 3 brothers. I was the 3rd youngest so I got beat up a lot by the older 2. Looking back at it, it was probably one of the best things that could of happened to me. My brothers made me a tougher individual as I grew up.

When I was just 7 years old I got my first job helping my brother deliver newspapers. My father thought it was a good idea to learn the value of hard work. The papers only took about 1 hour to deliver each day but the foundation of working for what I had, started then.

Not only did we deliver papers but we were also the snow removal crew in the winter time. Most of our neighbors were elderly so my parents once again volunteered us to shovel pretty much everyone’s walk, driveway and parking place. We never got paid but as my parents taught us, sometimes you have to volunteer in life to help people. This was another one of the valuable lessons I learned in life. That, we as Americans, had a responsibility to help each other in time of need.

Those two events played a major role in shaping me and helping me understand how to move forward in life. The value of hard work is something that no one can take away from us, unless we allow them too.

In my junior year in high school I became extremely tired and fatigued. I had no idea what was wrong with me. I went to the doctors and he diagnosed me with mononucleosis. Upon being diagnosed in the doctors office, my father asked the Doctor if I was well enough to go to school. The Doctor looked very surprised by the question since most people who had mono missed quite a bit of school. The Doctor gave my father an answer of yes since I was not contagious anymore but that I should stay home and get rest. My father heard the word yes and I was at school the very next day. I learned a valuable lesson from this event and that was I could work through just about anything.

I was a 2-sport athlete in high school. Basketball and soccer and back in the early 90’s both of those sports were not big into lifting weights. They kept saying that lifting would make you too bulky for basketball and mess up your shot. In soccer all anyone would tell us was run and run some more. So I never really lifted a weight until college.

I continued my athletic career by playing college basketball starting my sophomore year. I thought I was physically too weak my freshman year to compete at that level. During my freshman year one of my good friends named Dan helped push me in the weight room to become stronger and bigger. We used to challenge each other each and every day but especially on Fridays when we trained lower body. Dan was a guy who loved to throw the weights around and he pushed me to achieve more and more each and every time we were in the weight room. This helped set the tone for me to play basketball the following year.

Then between my freshman and sophomore years of college, a bomb was dropped on me. I was diagnosed with Supraventricular Tachycardia with a Brachycardia heart. In non-medical terms, I had a very slow heart rate at rest somewhere between 30-40 beats per minute but when I would have the Tachycardia attack it would jump to 270-300 beats per minutes. I had no idea what was wrong but something did not feel right. I had 2 surgeries performed during the summer between my freshman and sophomore year and it corrected it well enough for me to have the opportunity to play sports at a collegiate level; something I had always wanted to do.

I ended up playing 3 years of basketball in college. My school also decided to form a soccer team my senior year so I played that as well. Even though I did not win many college games in basketball and soccer, I proved to myself that I could play at that level. In high school I was the 10th or 11th man on my team and by college I was a leader on my team in double doubles.

Upon graduation, I worked many odd jobs but I settled down with a job in the Physical Therapy field as an exercise tech. Finally getting the opportunity to put my college education to the test. This was a great job as it opened my eyes to a whole different world of injuries and how we can help people recover quicker and gain the knowledge of how to take better care of themselves to remain injury free. This experience was so valuable to me as the knowledge I learned from the PT’s and PTA’S, was incredible. I learned more in that 1 year than I probably learned in 4 years of college.

The following year I was approached about running a Sports Performance training division in a physical therapy setting. This was not a big thing when I started out. You had your professional and college strength coaches and if your high school was fortunate enough, you had a strength coach. I worked for the company for 1-year helping athletes become faster, stronger, and more explosive. As the company I worked for was being sold I worried that they would not retain me. So now was the time to take all the lessons I had learned in my life, up to that point, and use them to make sure I could help others achieve their goals.

My good friend Pat pushed me to start my own business. I had never run a business before and I had been taught that if you worked hard and paid your dues, you would move up the corporate ladder, and eventually retire and have the company take care of you. That does not happen much anymore so thank God I did not do that. I took the advice of my friend Pat, and started my own business. In the early days of running my own business, I worked 3 other part time jobs. I slept on average of 2-4 hours a night for almost 2 years. The reason for working 3 other jobs was because I needed to pay the bills, mortgages, electric, heat etc…. This was a rough time but I finally started to see things pay off as I started to take a paycheck from my business. I eventually dropped the other 3 jobs and just focused on running my business. The struggle was rough, but in the end it was all worth it.

I have the best and most supportive wife with 2 beautiful daughters. My wife is also my partner in EXSP and is skilled in training. And now in looking back I realize that is why I worked my butt off, so I could spend more time with my family.

The success of my gym would not have been possible without all the struggles in life because each struggle taught me how to overcome and persevere towards my hopes and dreams. Explosive Sports Performance was founded in 2002 on an old farm. There was nothing fancy about the gym because fancy equipment isn’t necessarily going to make you good. Training the body properly and with the right knowledge will make you unstoppable. I tell my athletes all the time the only machine you can take out on the field with you, is yourself.

EXSP has grown since the early days but one thing that becomes ingrained in all my athletes is that once you step in the doors, you become part of the EXSP family. No matter how the rest of your day went, you need to leave it at the door and focus on your one task at hand and that is becoming the very best YOU can be!